by Jackie Camborde, Director of Development

Spending more time with Netflix these days? We just purchased an outdoor projector to have some warm evening movie nights outside — my kids are counting the days until it arrives! One of our first movie nights will definitely include a Las Golondrinas title — here’s a few that were filmed at the museum for you to check out!

Jane Got A Gun

starring Natalie Portman, Joel Edgerton
With help from her boozing ex-lover (Joel Edgerton), a woman (Natalie Portman) tries to defend her injured husband (Noah Emmerich) from a vengeful outlaw (Ewan McGregor) and his gang of killers in the Old West. This one is intense — maybe pair it with one of the comedy reviewed here?
Hulu, Amazon Prime 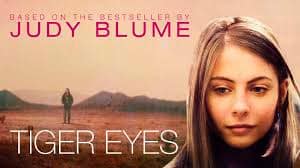 starring Willa Holland, Kambiz Aghdazi
Forced by her grieving mother to move from her home in New Jersey, to the strange town of Los Alamos, New Mexico, Davey doesn’t know how to fit in.

When Davey meets Wolf, a mysterious Native American climber exploring the surrounding canyons, she feels he is able to see right into her most wild and secret emotions. Their relationship brings Davey back from the edge as she finds the courage to embark on the first great adventure of her life. The film marks the first major motion picture adaptation from the work of bestselling Children’s/Young Adult author Judy Blume.
YouTube, Amazon Prime 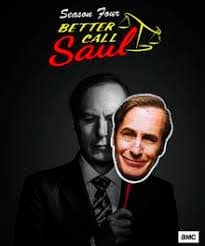 starring Bob Oderkirk, Michael McKean
This TV show, the prequel to the cult hit Breaking Bad, follows the life of controversial lawyer Saul Goodman. The fifth season features two episodes with gorgeous shots of the museum. Be careful with this one — it’s completely addictive — one day we watched six episodes in a row!
AMC, Netflix